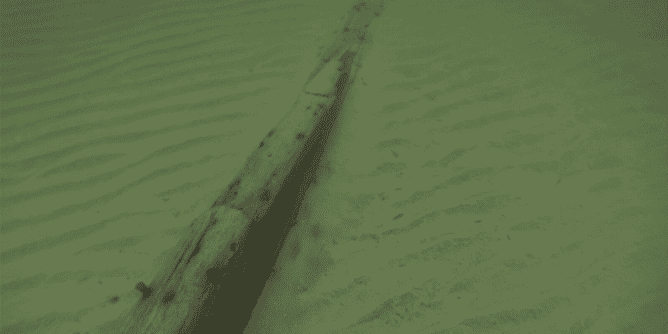 A West Michigan couple think they’ve located a once lost shipwreck in the shallow waters of Lake Michigan. Kevin and Amy Ailes believe the sonar pings they are hearing reveal the Great Lakes Vessel Milwaukee which went down 180 years ago.

Bruce Springsteen is a grandpa. The Boss and his wife Patti Scialfa welcomed Lily Harper Springsteen, the daughter of their youngest son, Sam in an Instagram post over the weekend. Sam is a New Jersey firefighter.

Ben and Jen finally tied the knot over the weekend. 52 year-old actress Jennifer Lopez and 49 year-old actor Ben Affleck were married in Las Vegas, two decades after they were first planning to walk down the aisle.

According to a new study co-funded by the Bill and Melinda Gates foundation, people under the age of 40 start risking their health if they consume any more than two teaspoons of wine or two and a half tablespoons of beer per day. It found that for young adults between the ages of 15 and 39, there are zero health benefits—only risks—associated with drinking alcohol.

Last weekend, thousands converged at the Wayne County Fairgrounds in Belleville, Michigan, to celebrate the life and work of Elvis Presley. The Michigan Elvisfest is one of the largest Elvis tribute festivals in North America.

Bruce Willis marked 34th anniversary of the film Die Hard by returning to the top of Nakatomi Plaza. He’s seen on an Instagram post on the roof of fictional building — Los Angeles’ Fox Plaza in real life — as Beethoven’s 9th Symphony, which features prominently in the 1988 cinema classic, plays in the background.

The New York Yankees say police are investigating what appeared to be a drone spotted flying above right field at Yankee Stadium on Saturday night. Unmanned aircraft are banned from flying over stadiums while games are in progress, but several games in recent seasons have been interrupted by drones.

If your Zoom call has 10 participants, a new study says six of them are also shopping. And in the wake of this year’s Amazon Prime day, the marketing firm Fluent says 20% of workers confessed that Prime Day shopping made them less productive.

U.S. gasoline prices continued their decline for more than 30 consecutive days, a relief for drivers who endured price topping $5 per gallon last month. Gas in Michigan currently averages $4.63 per gallon, about ten cents more than the national average.

After a rattlesnake bit a child last month near Flint, focus is returning to Florida, now holding the record for the most invasive species introduced by man. Michigan may have alewifes, but Florida’s population of pythons, African Land Snails and Asian Swamp Eels are out of control giving governor Ron DeSantis’ state another dubious honor.

Anson Williams, who portrayed “Potsie” Weber in the 1970s sitcom Happy Days is running for Mayor of Ojai, California. And he has at least one prominent supporter. The Fonz, Henry Winkler tweeted over the weekend the Potsie, “Has my vote!”

This weekend in 1964 The Four Tops, led by Levi Stubbs released their first smash hit single “Baby I Need Your Loving.” The Holland/Dozier/Holland was a national hit, peaking at number 3 on Keener.