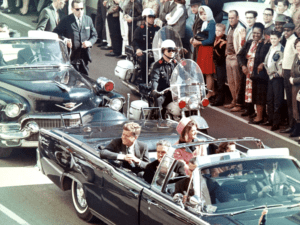 Get your pizza electrically delivered in the new year. Domino’s recently announced it will have 855 custom-branded Chevrolet Bolt electric vehicles in delivery service by the end of 2023. Franchisees can lease the EVs as an enticement to potential team members who don’t want to put miles on their own vehicles. (More)

With a three game winning streak for the Lions and a victory over the Browns at Ford Field for the blizzard refugee Buffalo Bills, Thanksgiving annual football fest is starting to look interesting. How many years did we expect Turkey, stuffing and a Lion’s loss?

This past weekend in 1976 Paul Simon hosted NBC’s Saturday Night Live with George Harrision is his musical guest. They sing two tunes together, “Homeward Bound,””Here Comes the Sun.” Imagining how much fun they had rehearsing together.

1899 – The Marconi Wireless Company of America was incorporated in New Jersey.

1935 – The first trans-Pacific airmail flight began in Alameda, CA, when the flying boat known as the China Clipper left for Manila. The craft was carrying over 110,000 pieces of mail.

1950 – The lowest scoring game in the NBA was played. The Fort Wayne Pistons (later the Detroit Pistons) defeated the Minneapolis Lakers (later the Los Angeles Lakers) 19-18.

1963 – U.S. President Kennedy was assassinated while riding in a motorcade in Dallas, TX. Texas Governor John B. Connally was also seriously wounded. Vice-President Lyndon B. Johnson was inaugurated as the 36th U.S. President.

1975 – “Dr. Zhivago” appeared on TV for the first time. NBC paid $4 million for the broadcast rights.

1977 – Regular passenger service on the Concorde began between New York and Europe. For 27 years it was the fastest way to get from New York to London.

1985 – 38,648 immigrants became citizens of the United States. It was the largest swearing-in ceremony.

1986 – Mike Tyson became the youngest to wear the world heavyweight-boxing crown. He was only 20 years and 4 months old.

Released on this date: